Sometimes, you’re lucky enough to stumble across the unexpected.

Sometimes, it feels as if an item is just waiting for you to arrive, find it and claim it.

And so it was on Wednesday afternoon. 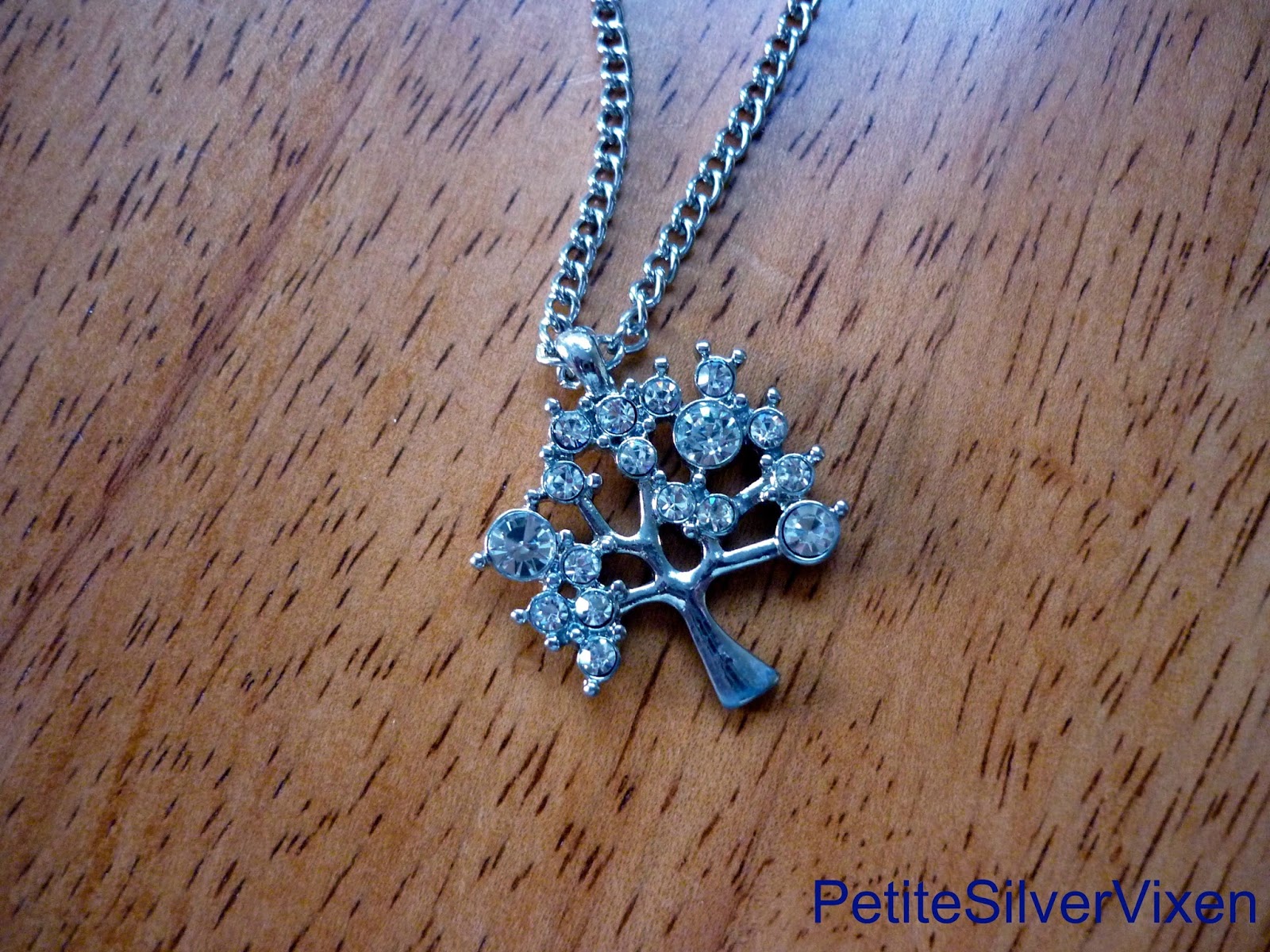 As I had some free time to kill before going on to teach my next Pilates class that day, I decided to pop into the British Red Cross Charity Shop that I often pass at least twice a week.  It’s slap bang opposite a bus stop I use, meaning I quite often stop and briefly give the window display a once over, in case something catches my eye.  But with time to spare that day, I actually went into the shop.  Not because something HAD caught my eye but because with breathing space in my schedule, I could afford a wee rummage inside.

And there is was.  A tiny tree on a silver chain.  Its glass stones delicately sparkling like harbour lights guiding a ship to safe moorings. 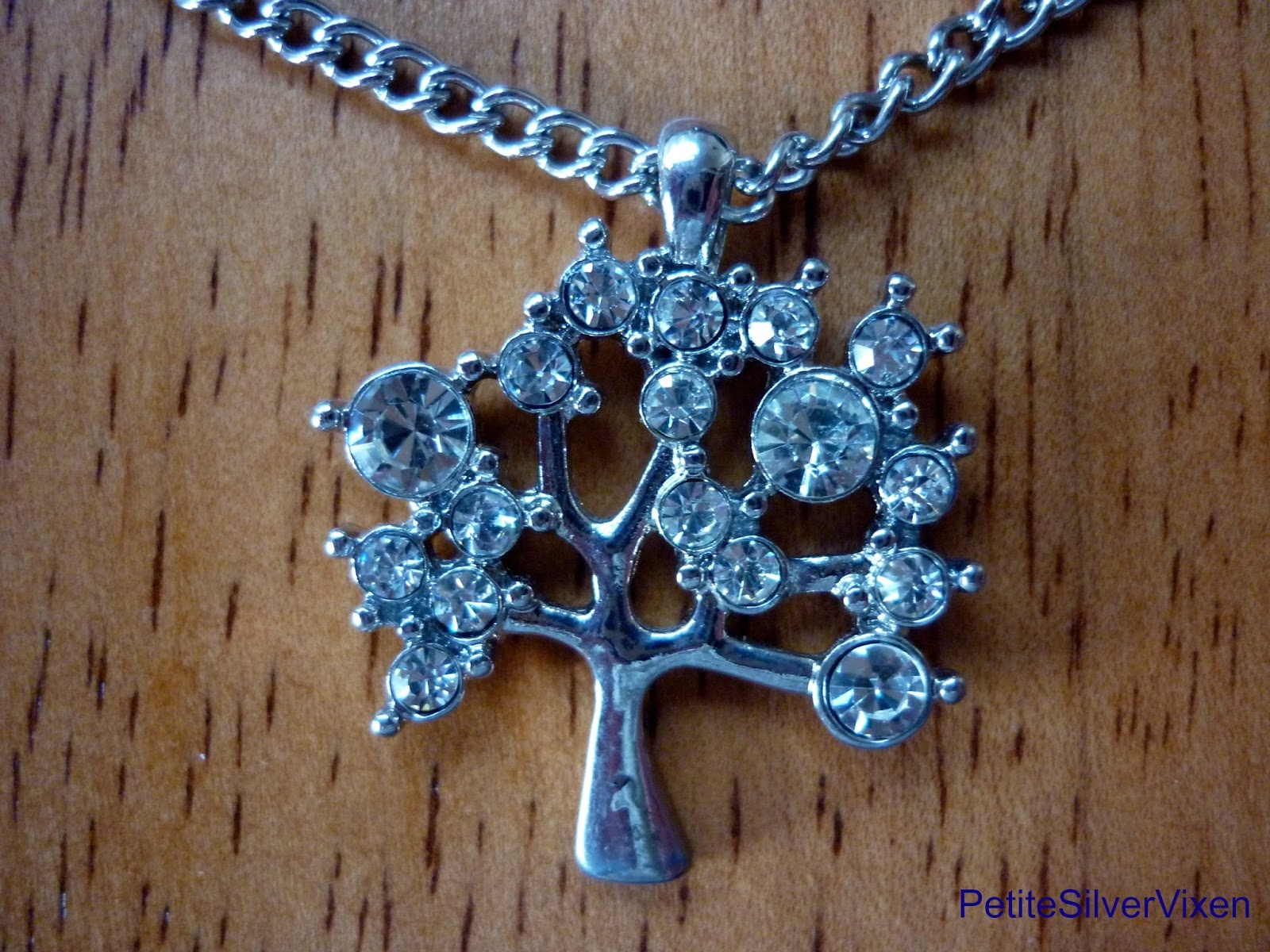 It immediately reminded me of a Japanese Bonsai Tree; probably because an ex of mine had one years ago.  Nature in miniature.

Here’s a rather impressive specimen of a Bonsai tree.  Not his one, I hasten to add.  I took this photo two years ago this month!  TallBrownFox and I had gone for a day out to visit The Royal Horticultural Society’s garden at Wisley, Surrey.  It’s one of four gardens run by the
Society in the UK.  Well worth a visit if you’re in that neck of the woods. 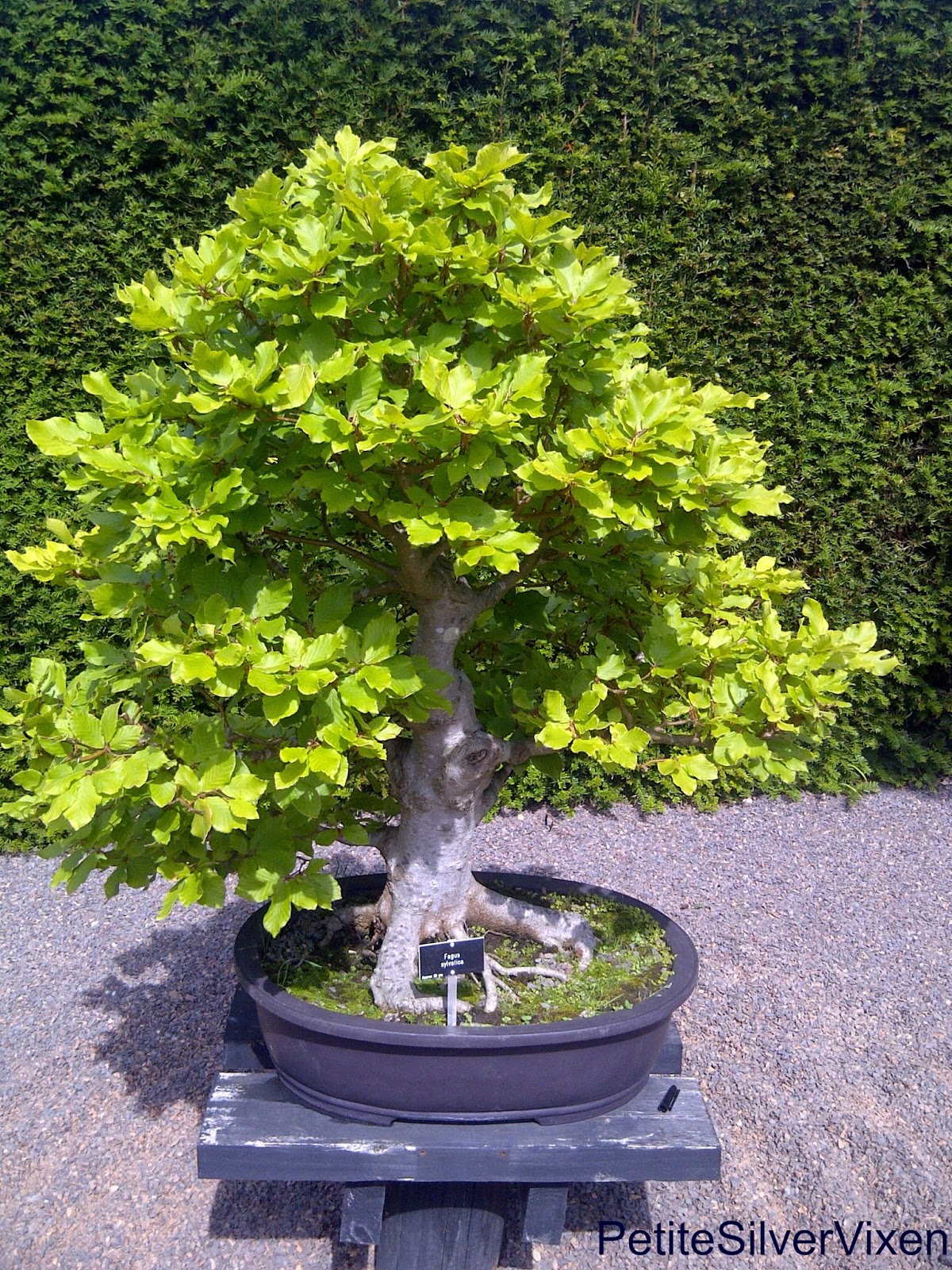 In fact, they had a whole avenue of Bonsai Trees! 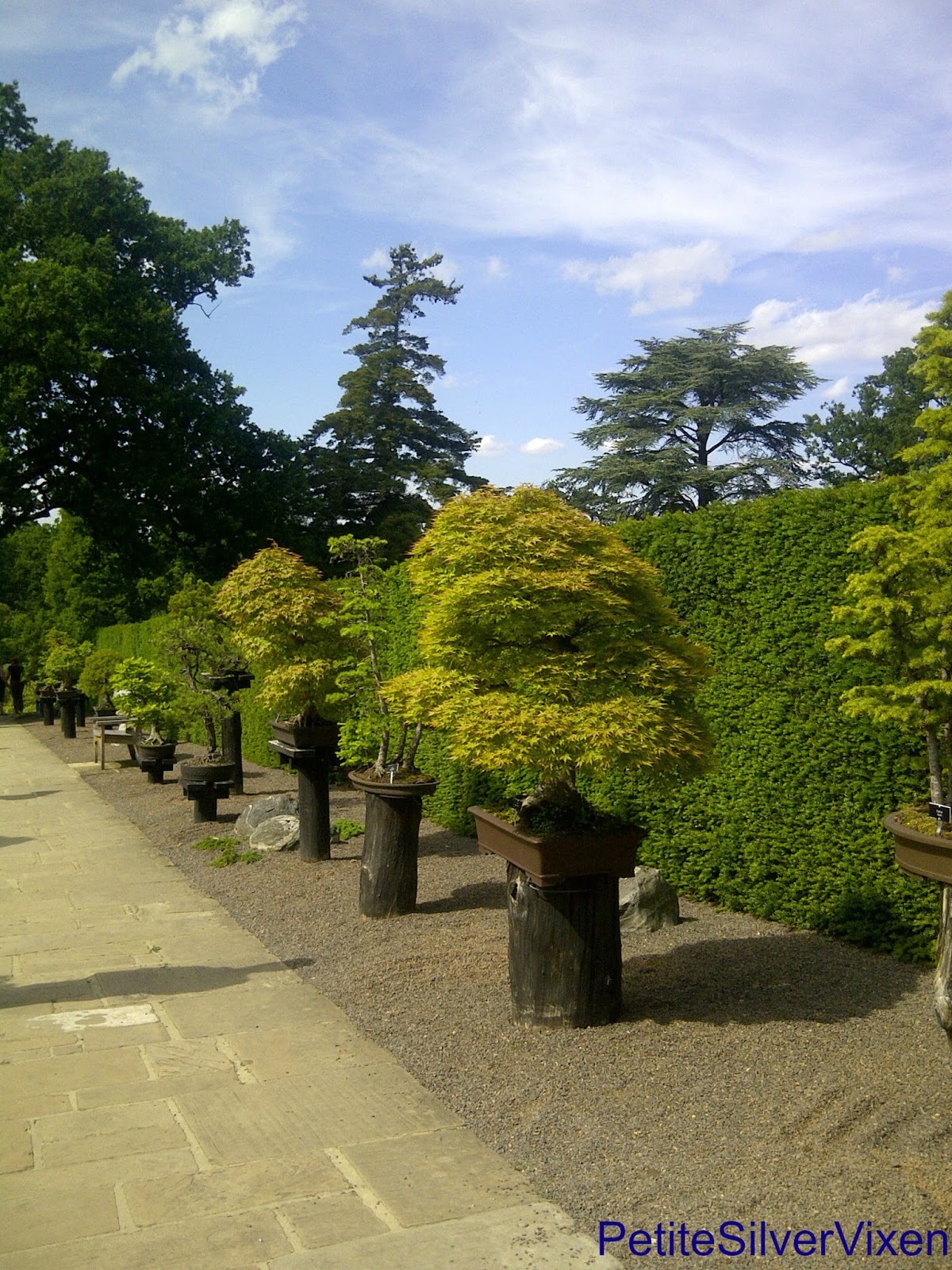 I often wonder why items end up in charity shops and the stories behind them.

Had this piece of jewellery fallen out of favour with its owner?

Or was it gifted because the owner had ‘shuffled off this mortal coil’?

I’ll never know.  But whatever the reason was for it ending up at the charity shop, has not only benefited the shop – by not very much admittedly, as it was priced at only £2.99 – but has given me a cute piece of silver jewellery I’ll enjoy wearing.

This miniature, silver bonsai tree will be well looked after. 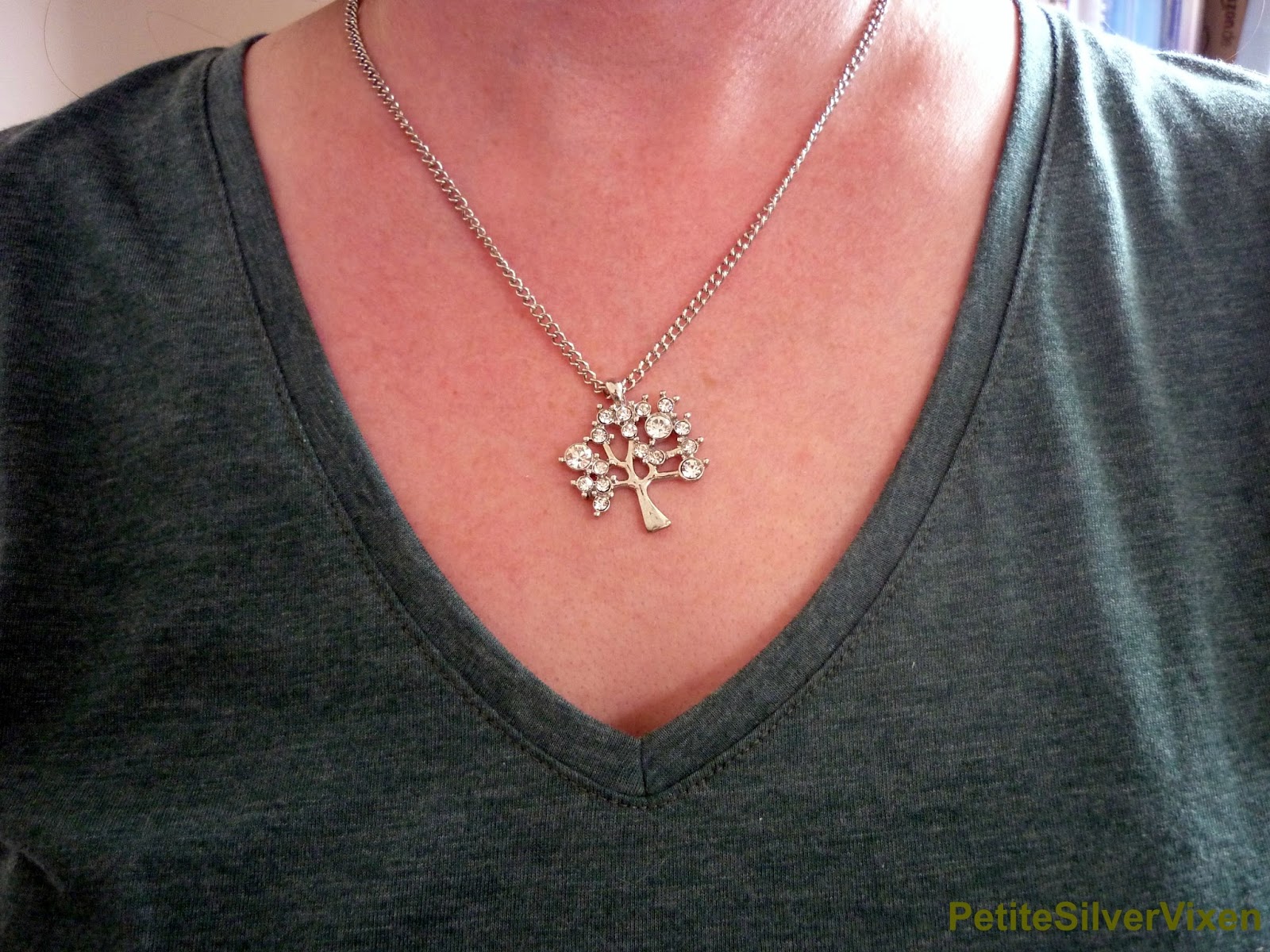 Do you have any jewellery that mirrors flora or fauna?