In The Netherlands, it’s a tradition on 5th December, Sinterklass (Saint Nicholas), to receive a chocolate letter in the initial of your christian name.  Originally, they were made of pastry but in the 20th century they changed to being made from chocolate.

My in-laws, although Dutch, have for a number of years now lived in the South of France and we’re currently here visiting them for Christmas. When we arrived at their house late Saturday night, these chocolate letters welcomed us on our pillows – one for me and one for Tall Brown Fox.  A delayed Sinterklass gift.

A lovely way to start Christmas, as up until that point, it hadn’t felt very festive.  Probably because it’s been feeling more like Autumn than Winter. 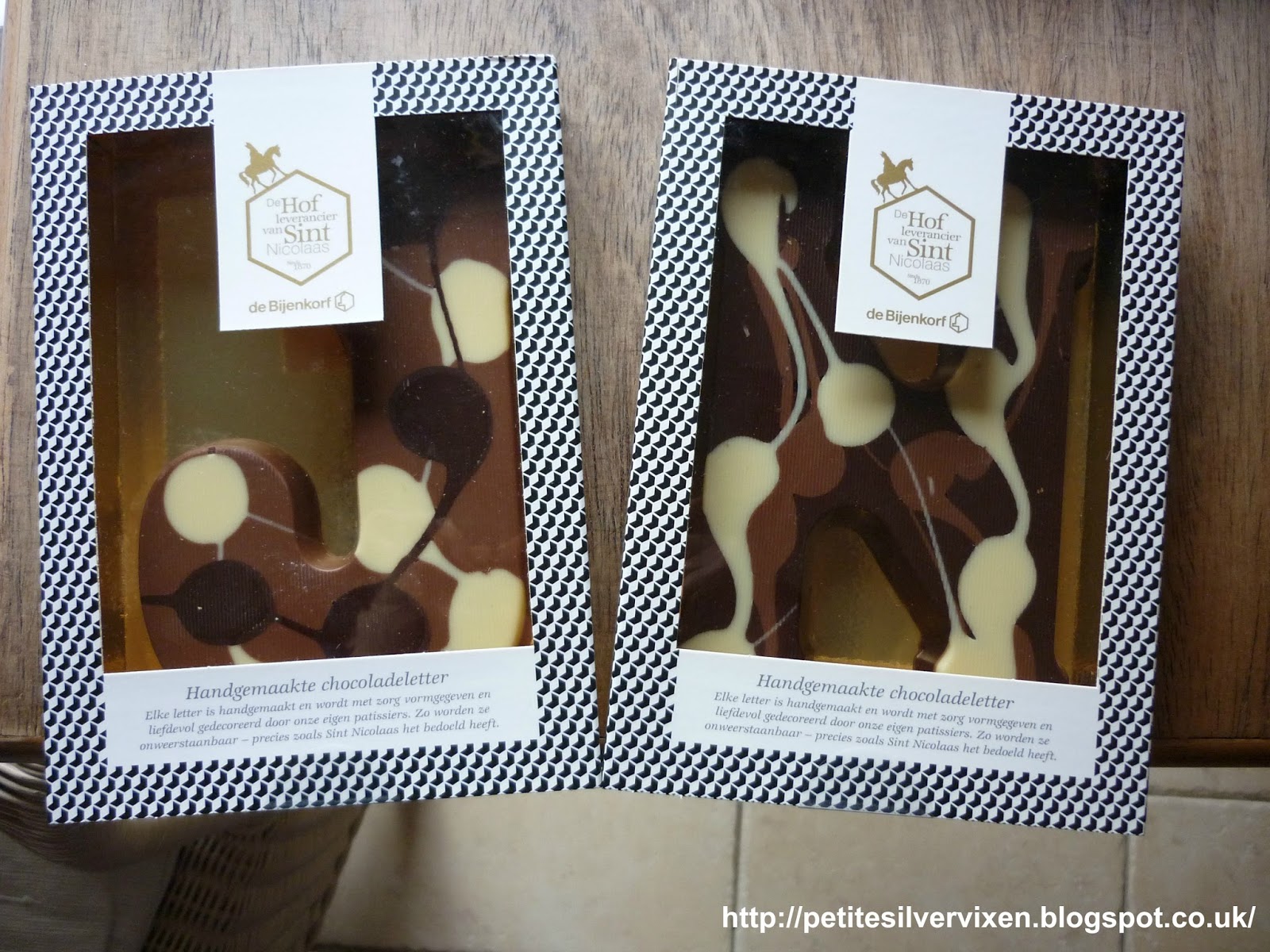 On Sunday we went to the local shopping centre and we were greeted with sparkling window displays. 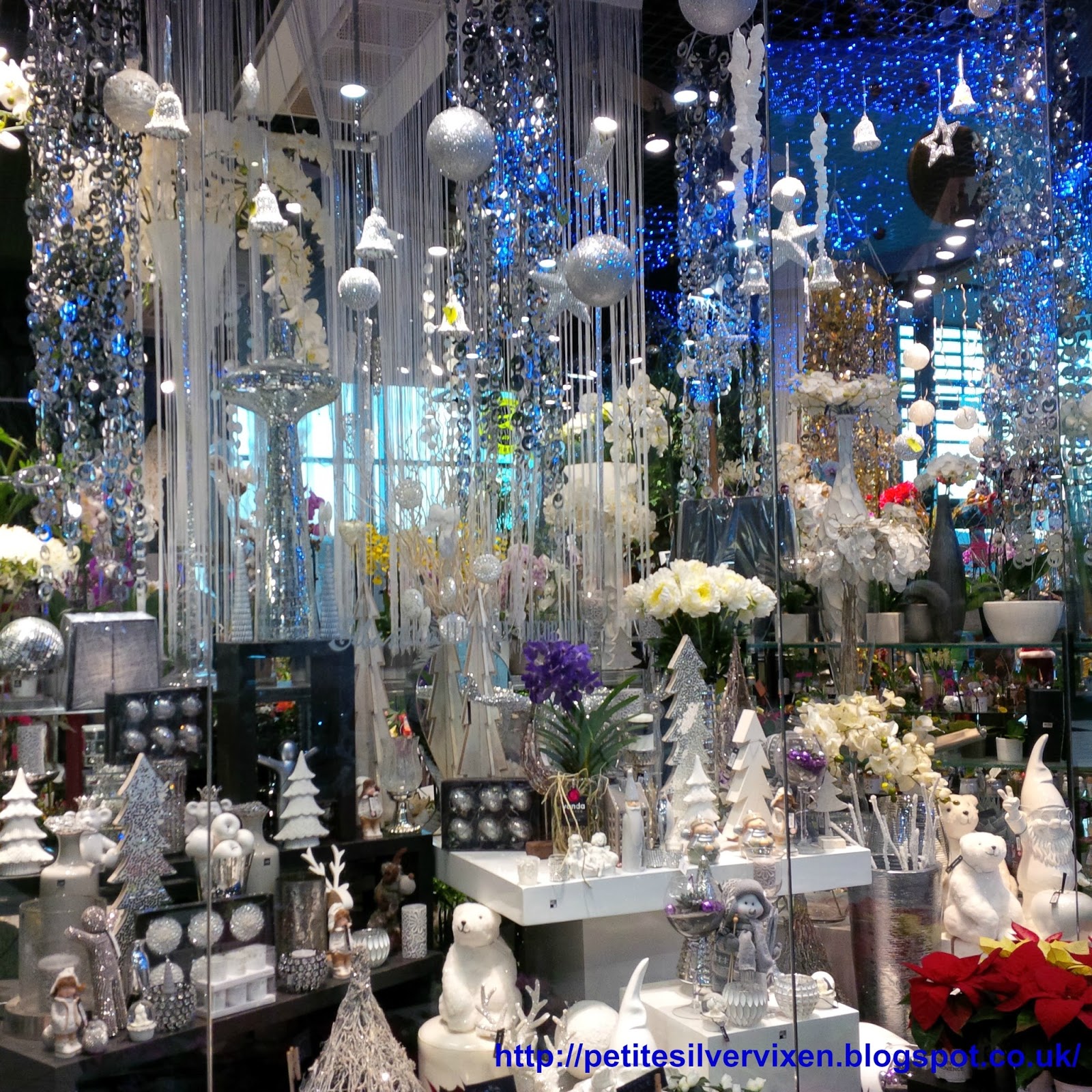 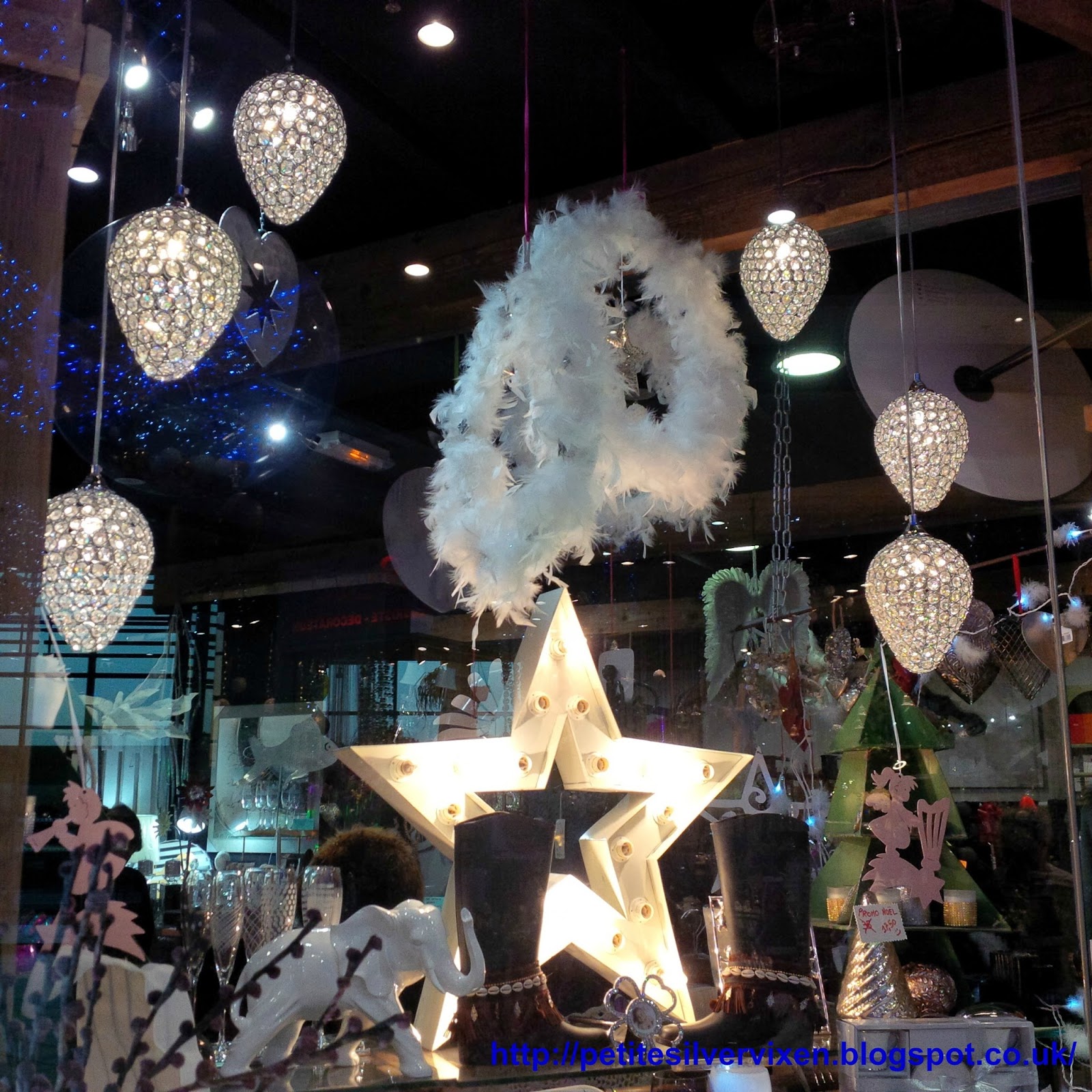 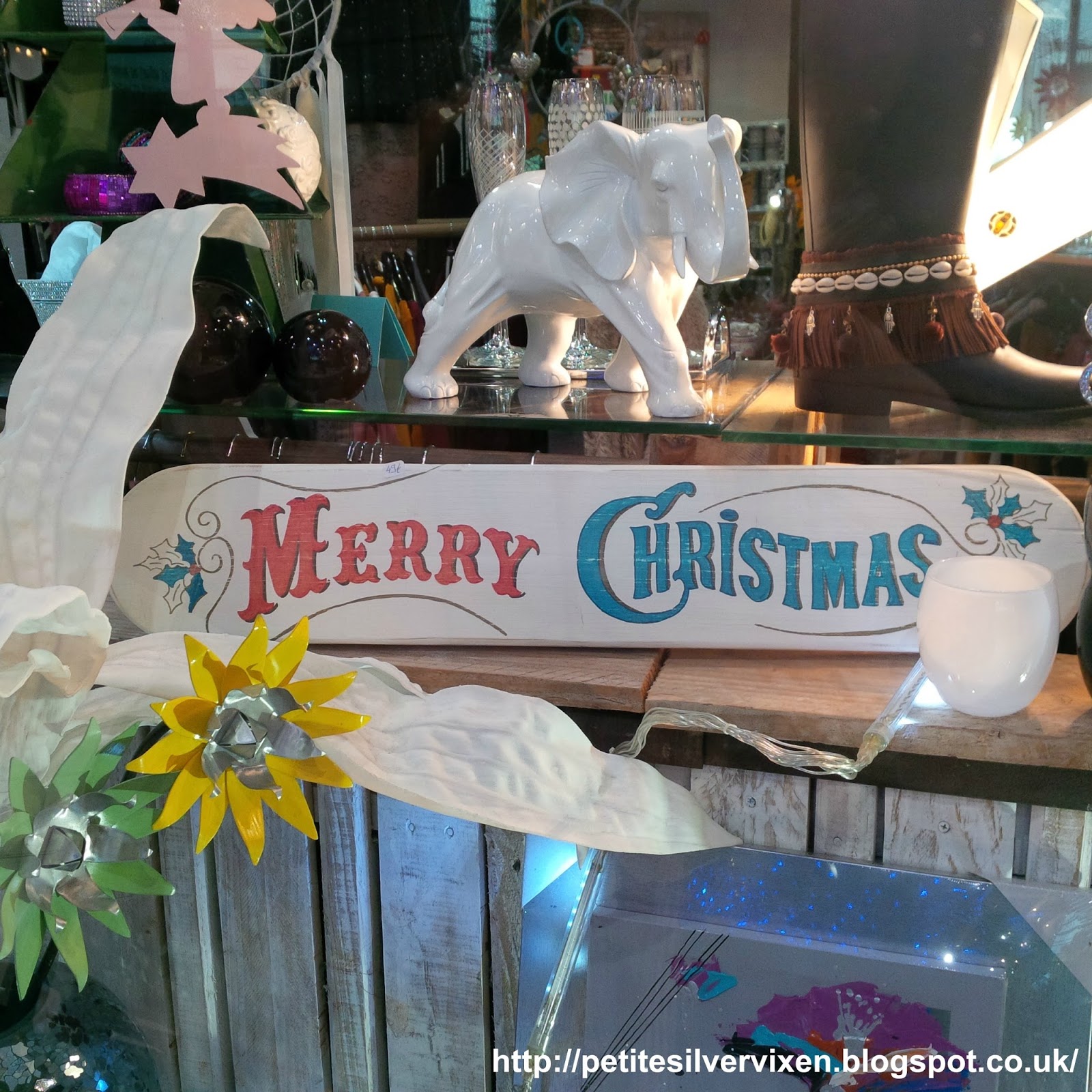 On the way back, as evening fell, we stopped off at a nearby village to enjoy the lights decorating the streets.

This village had gone for a silver and blue theme. 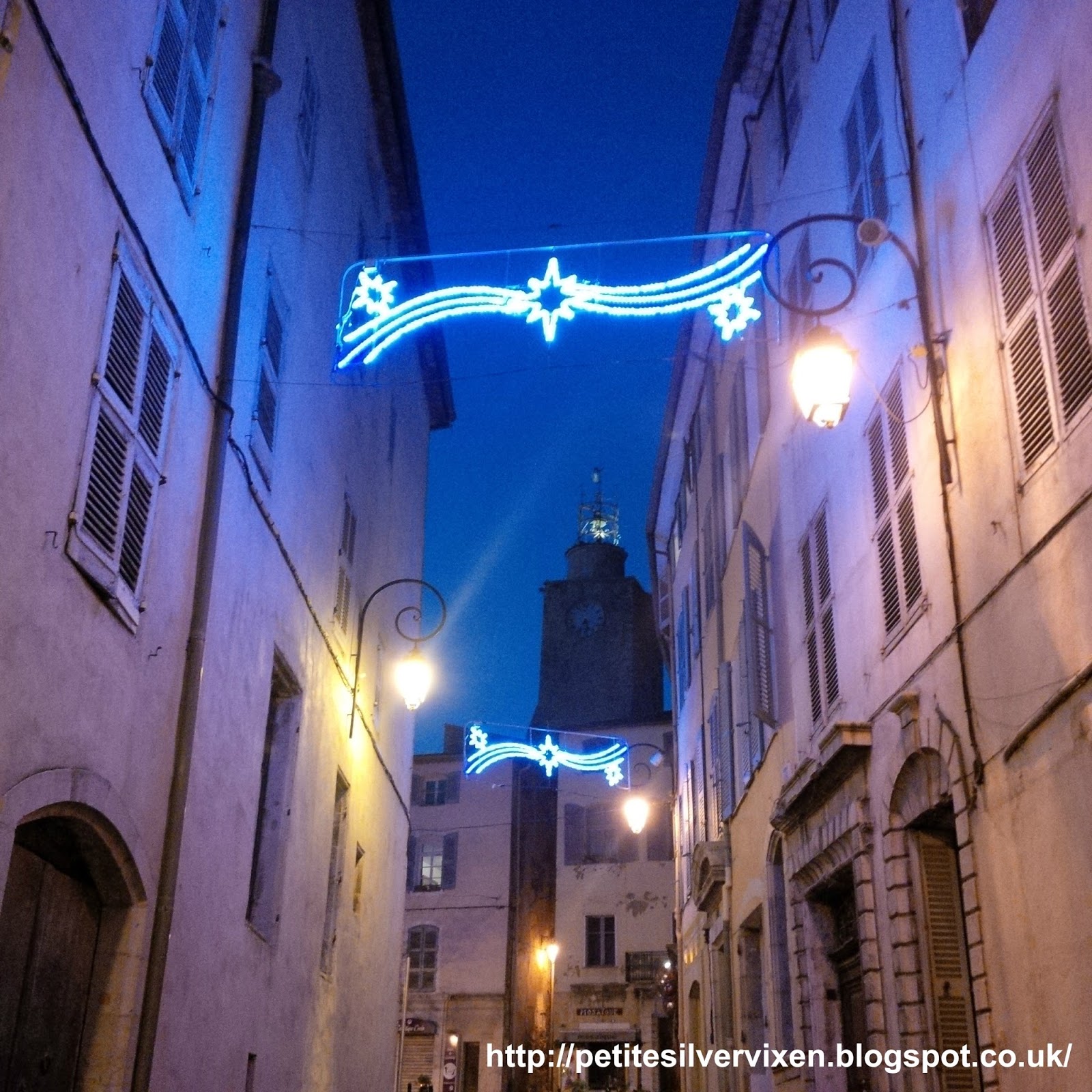 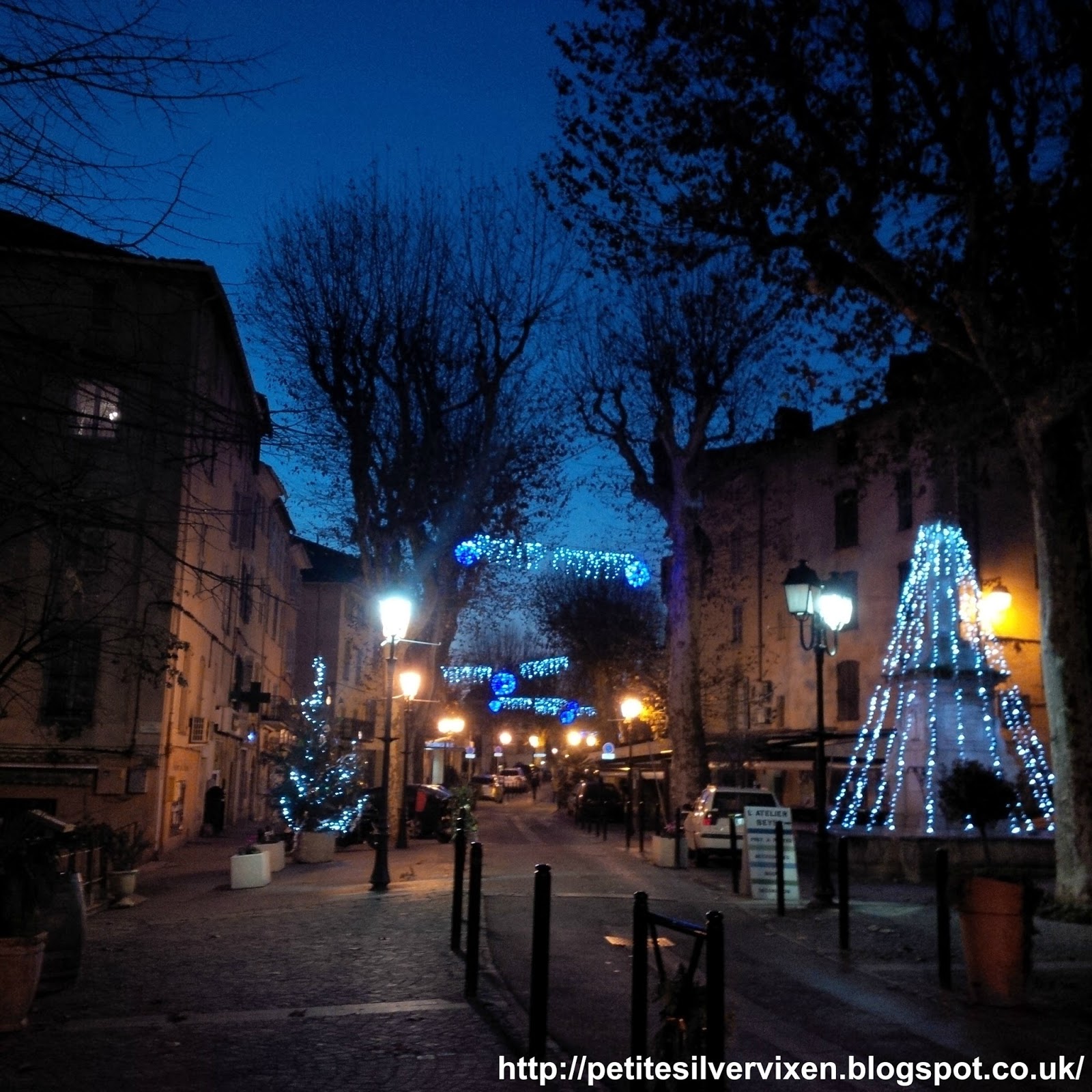 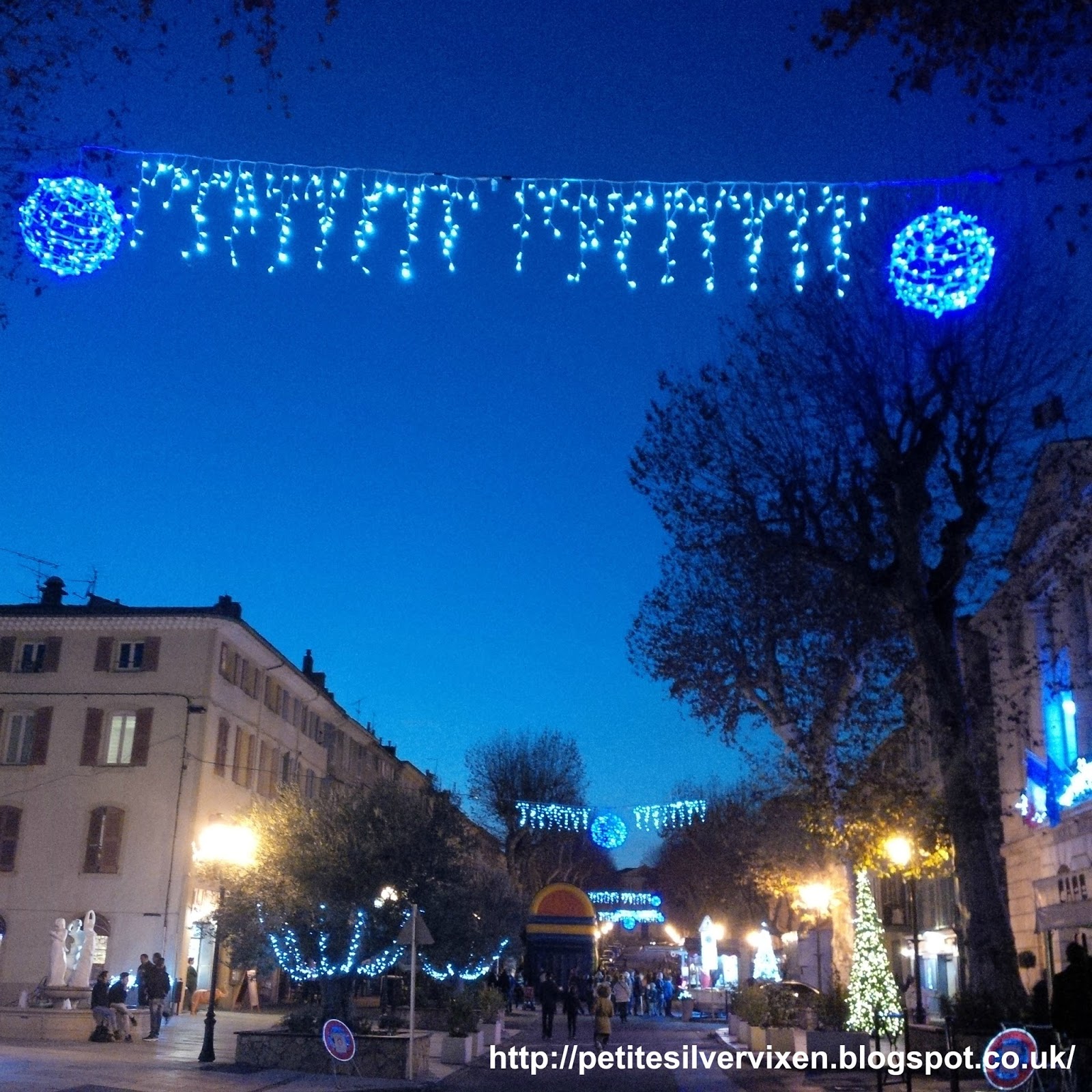 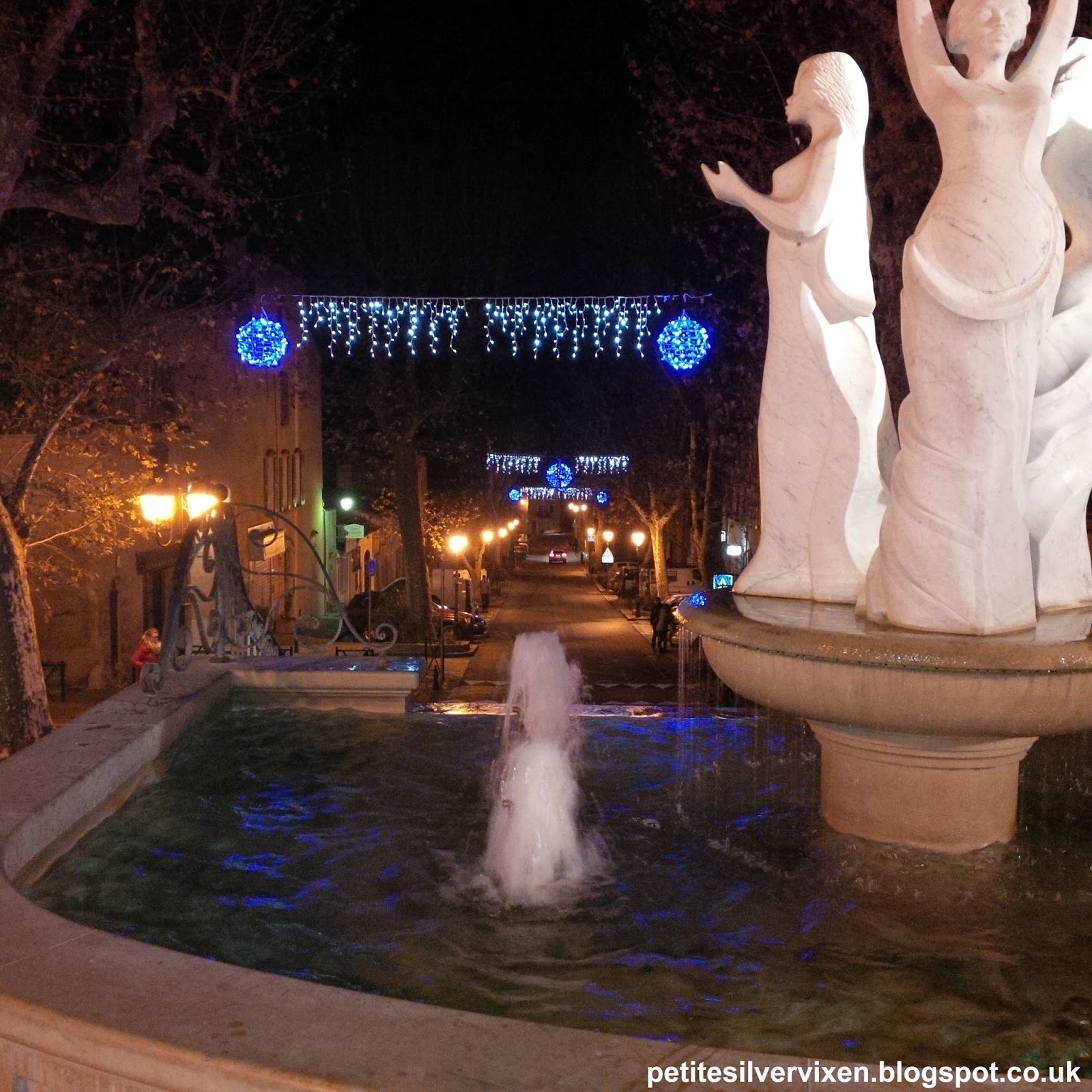 A towering tree of bright lights reaching up into the night sky! 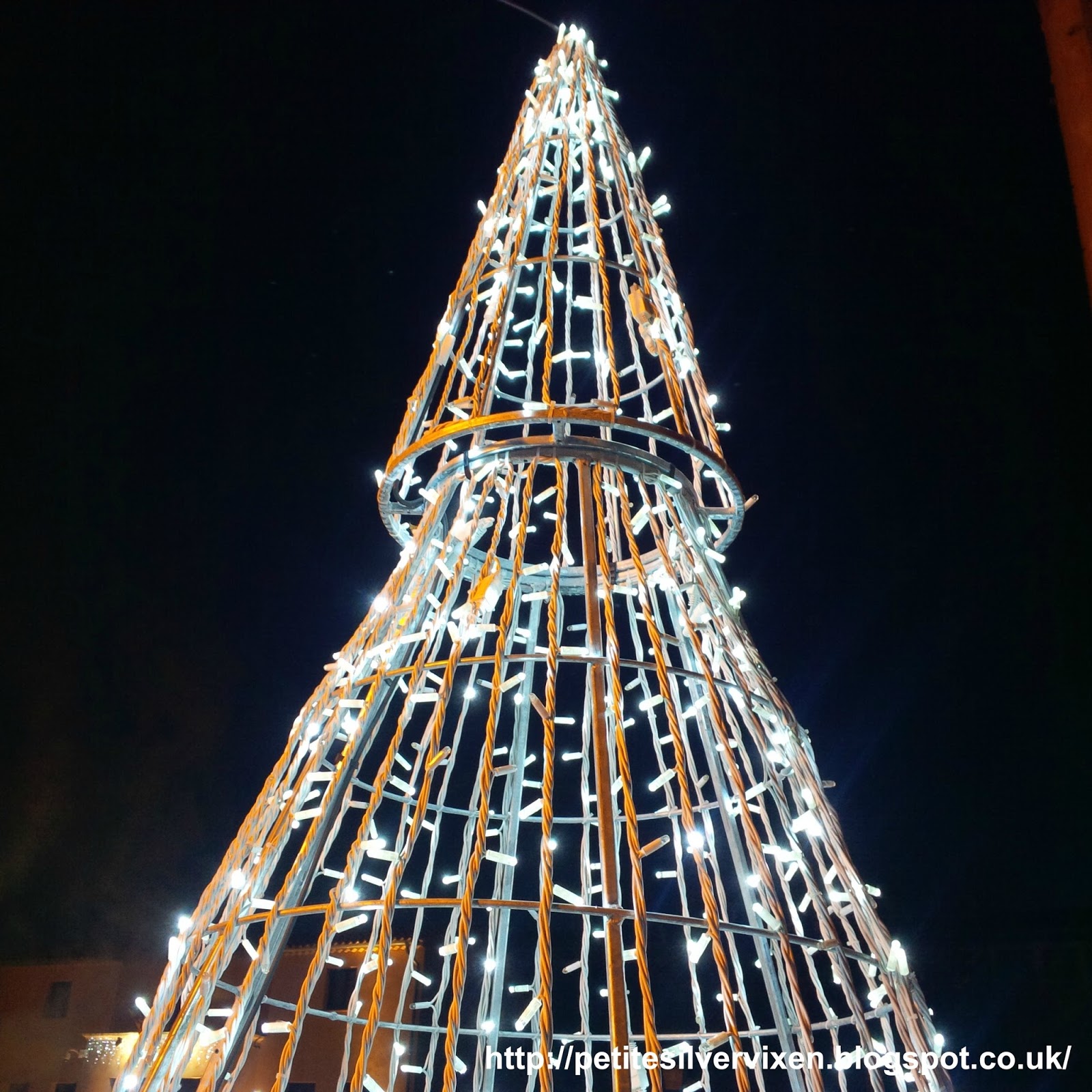 As we walked up the main street, we heard loud bangs which pretty much scared the living daylights out of us, before we realised that the village was enjoying a public, festive fireworks display.

The village had hosted a free, family friendly afternoon with food stalls, bouncy castles, music and traditional games, finished off with the fireworks display.

Fortuitously, we had arrived just in time for the show! 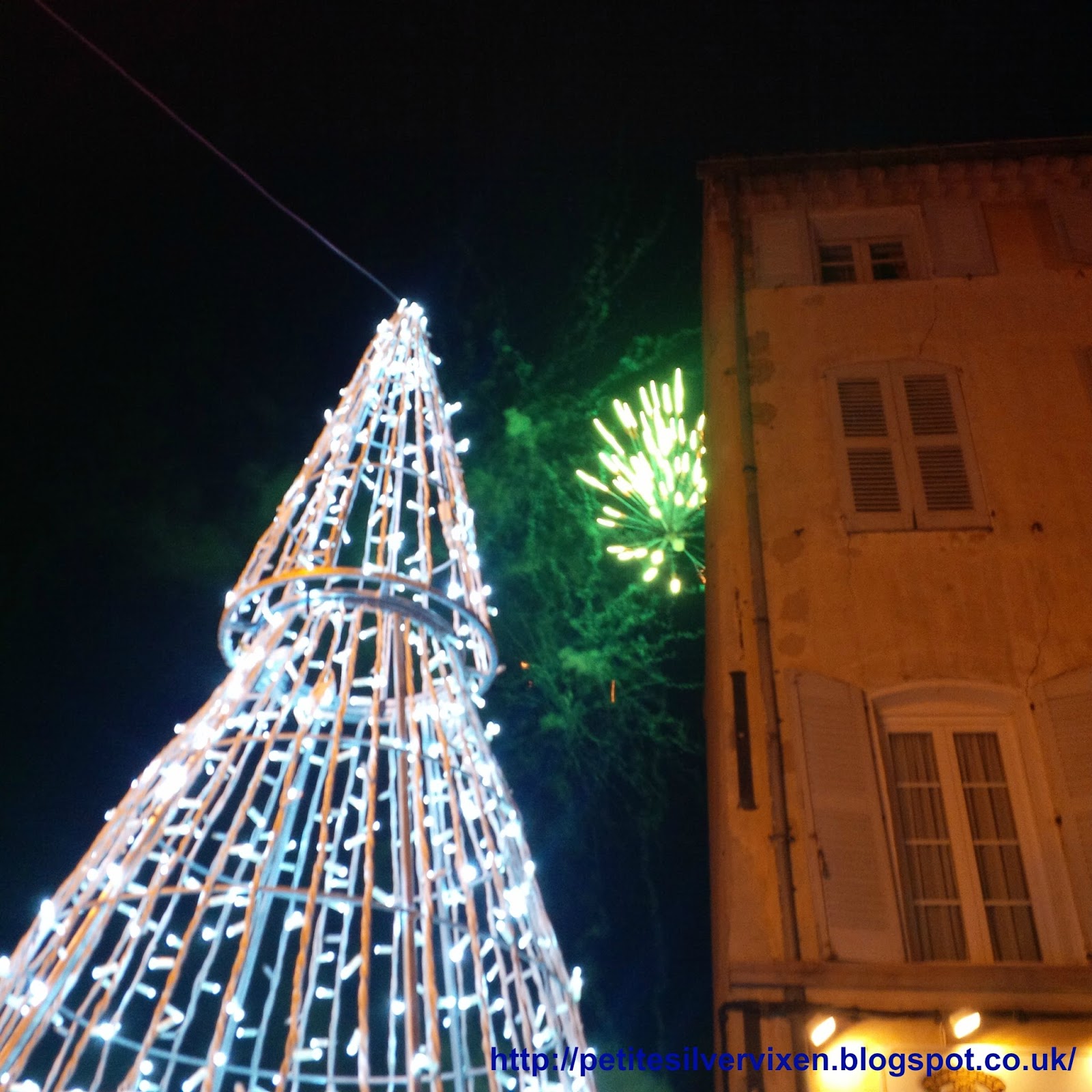 up go the rockets! 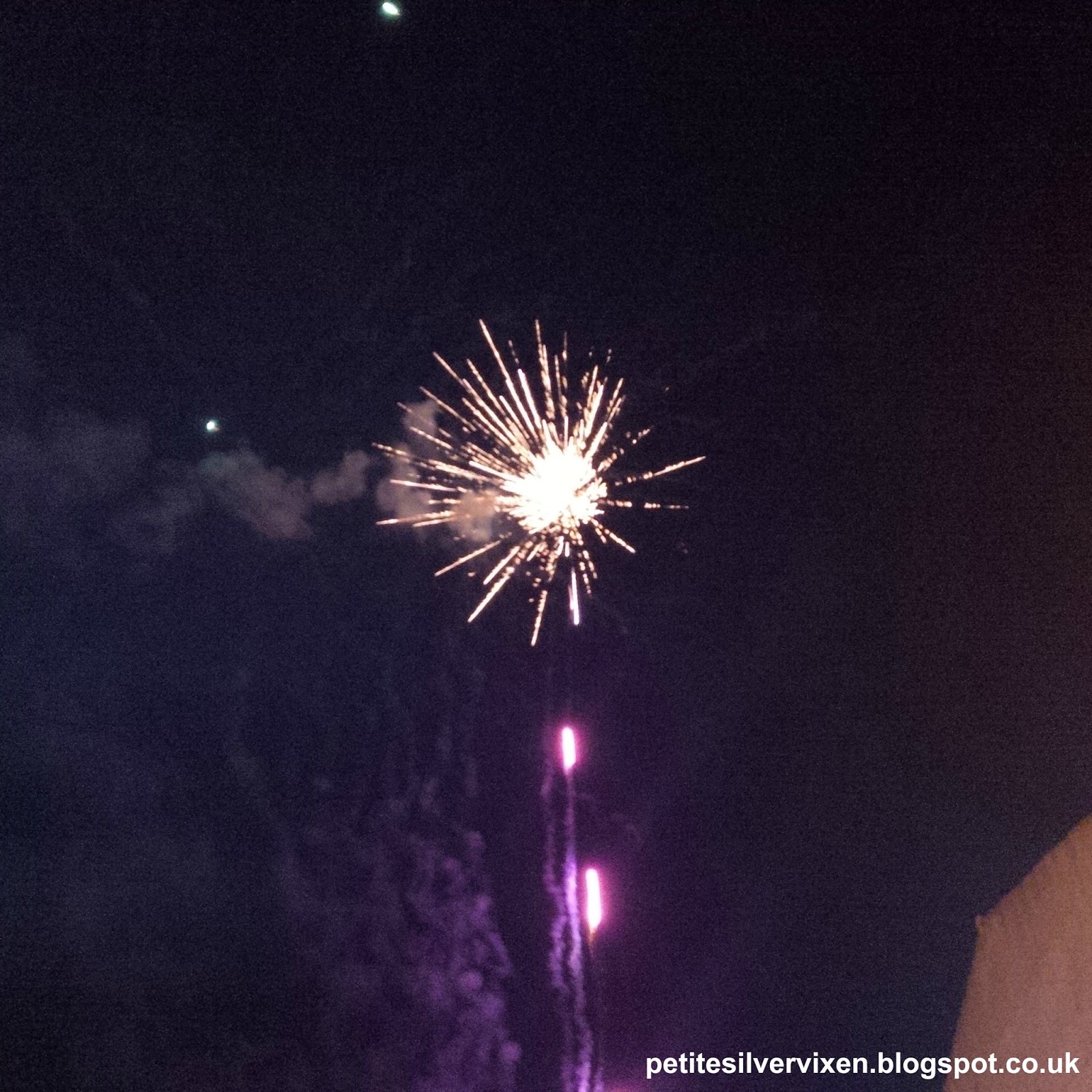 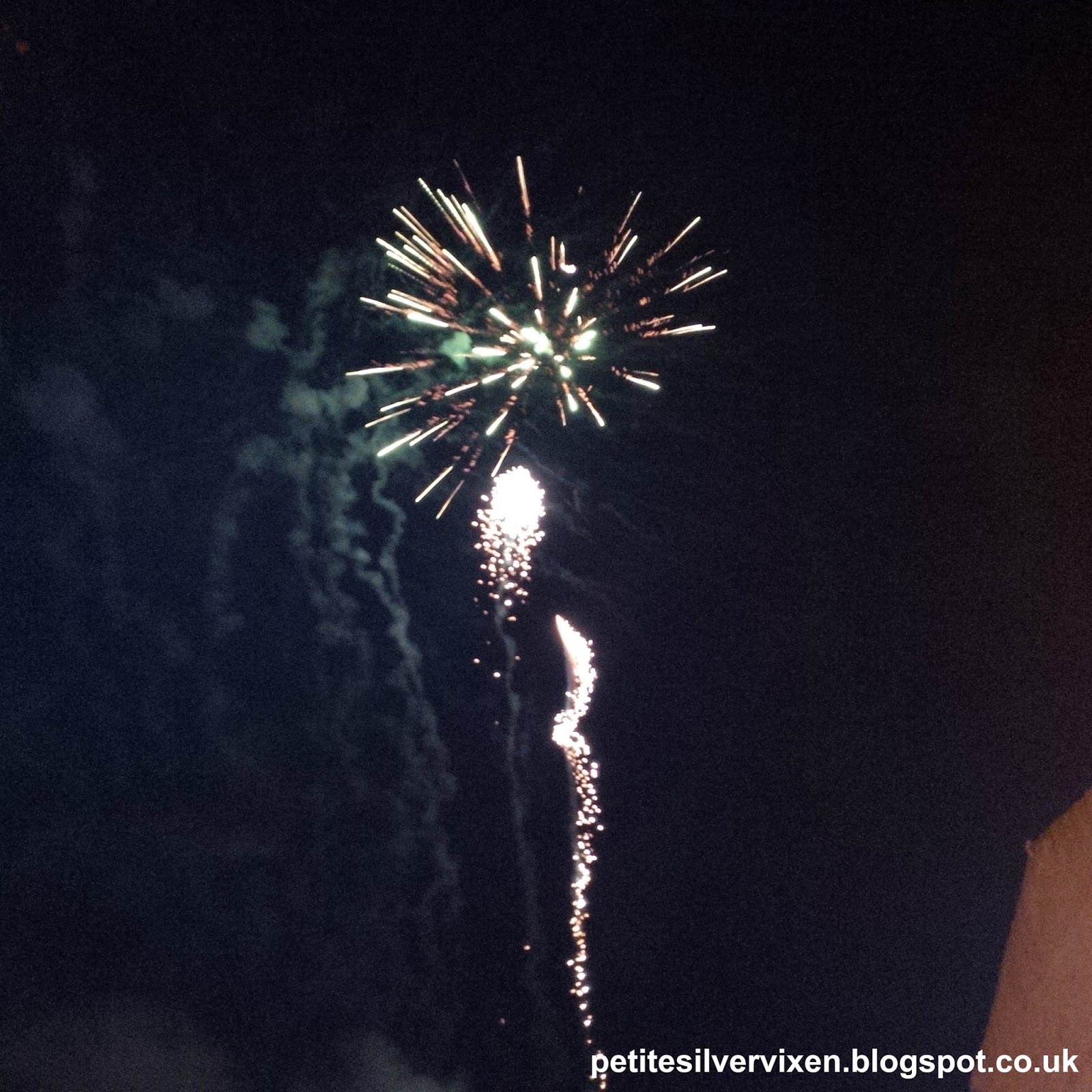 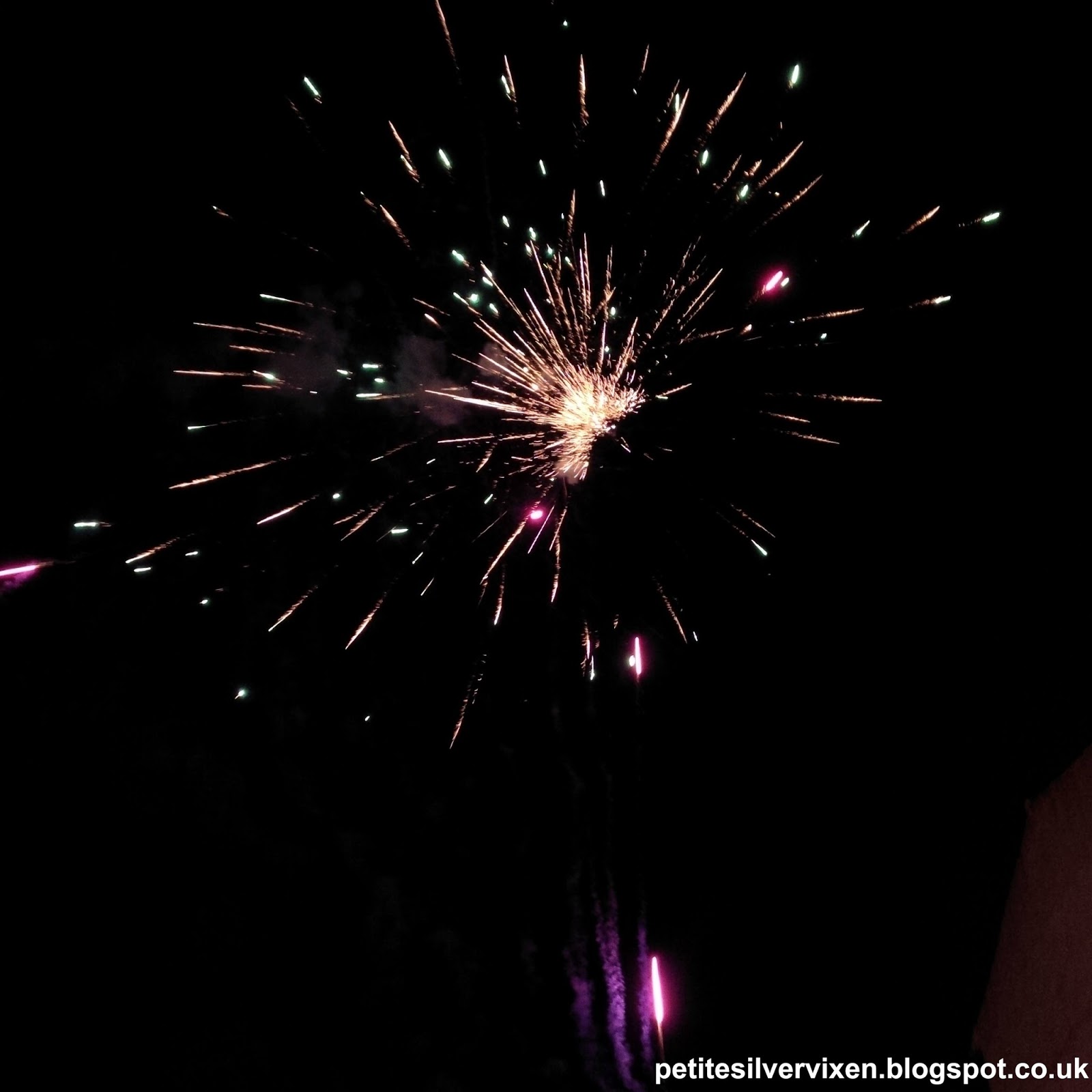 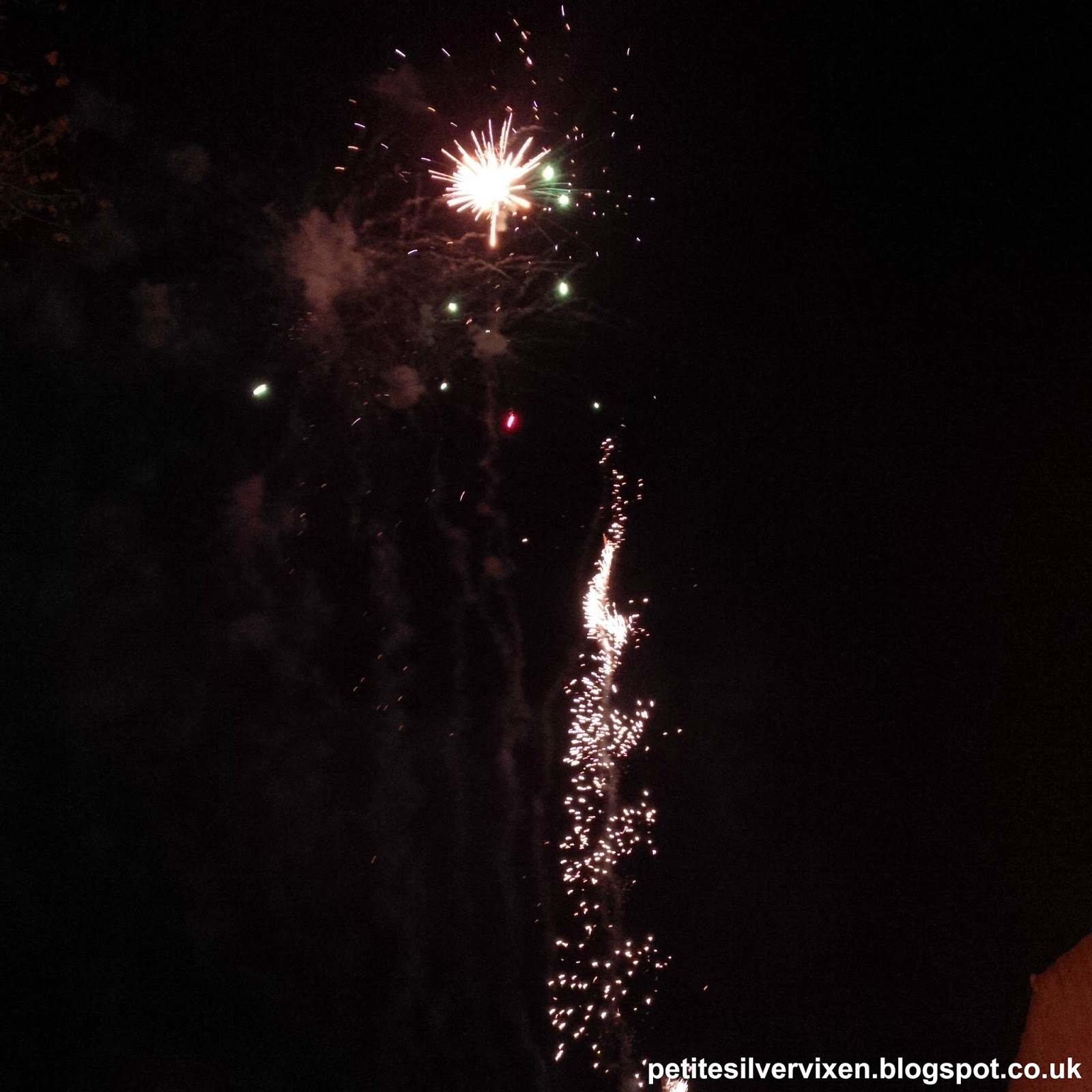 On the next day, the Monday, we tootled off to a nearby town to soak up the atmosphere and visit the small Marché de Noël (Christmas market) there. 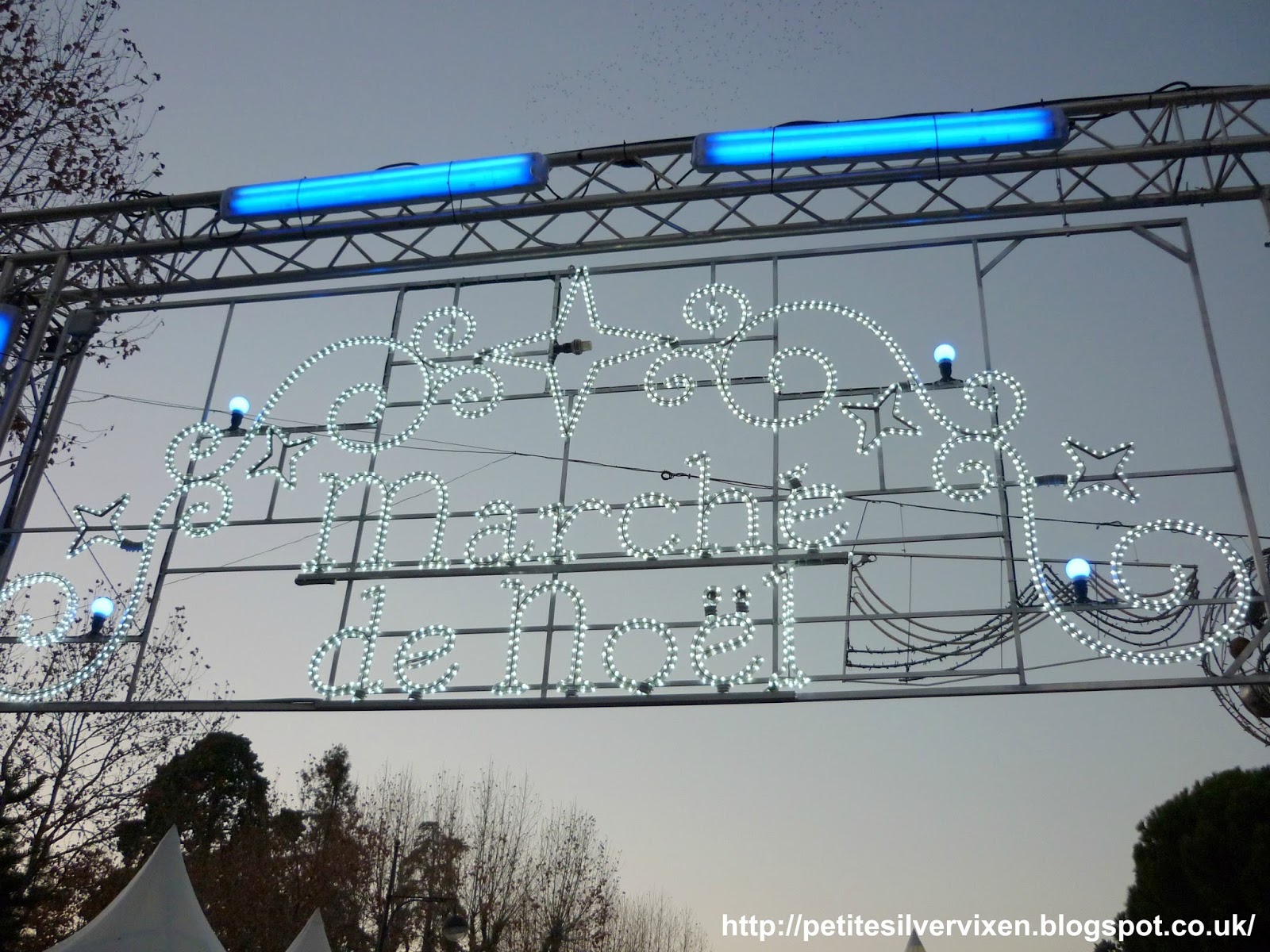 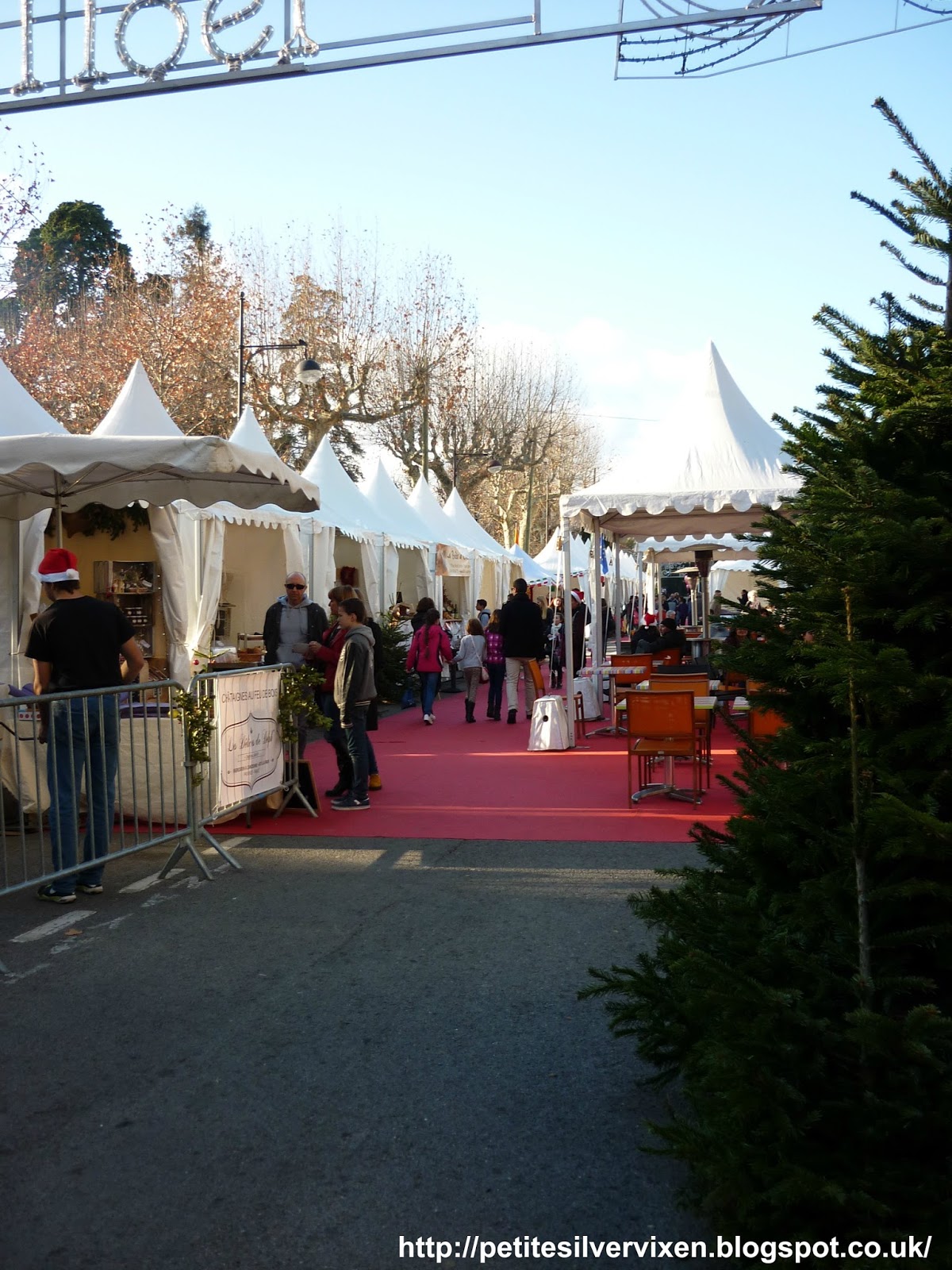 The guy roasting the chestnuts was clearly feeling the heat from the roasting machine.

Jumper off but clearly the Santa hat had to stay on! 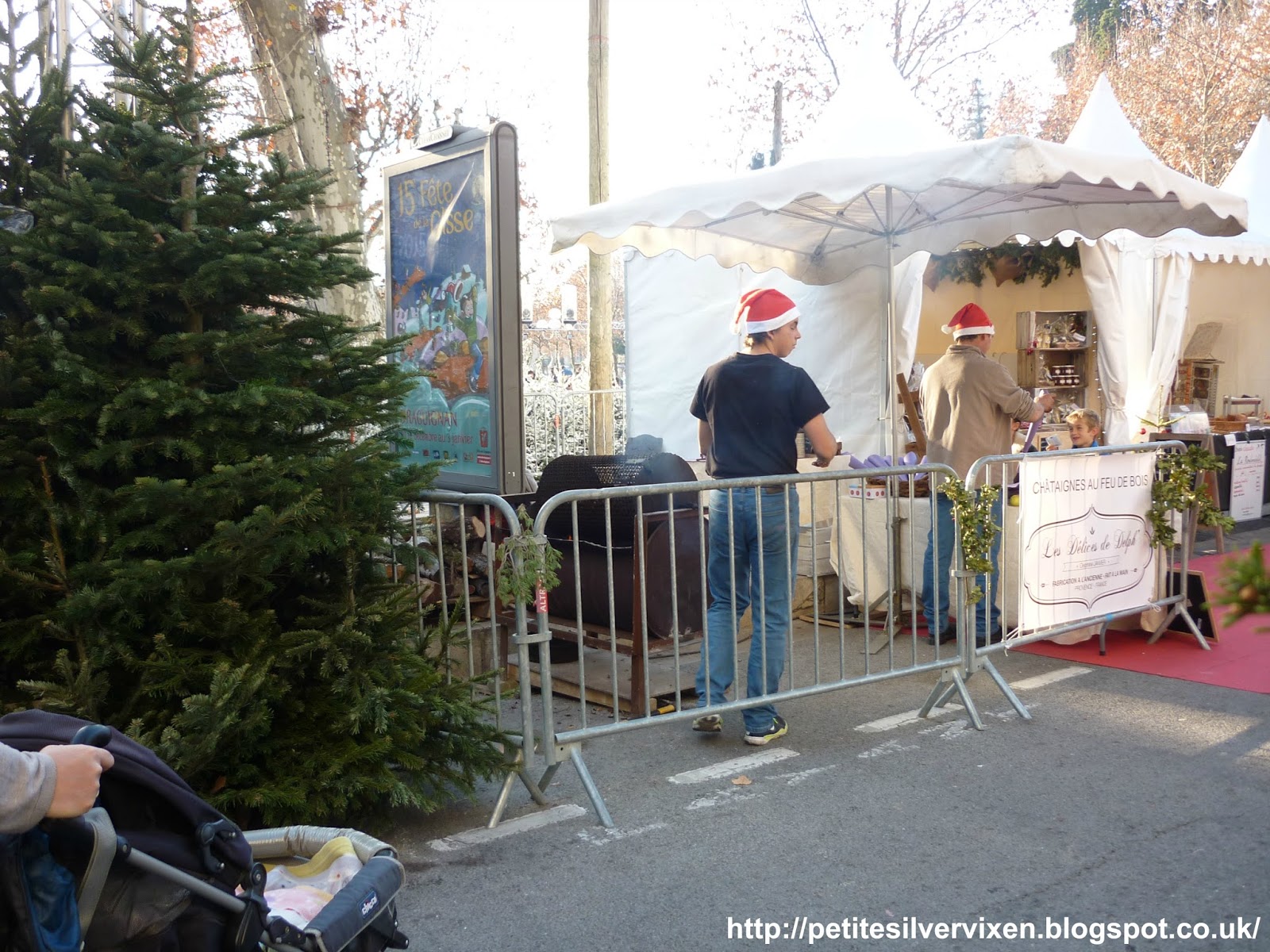 Most towns will put up a small ice rink.

We spent a few hilarious minutes watching all the kiddies either zooming around the rink at speeds faster than the speed of light, or unceremoniously falling over every 2 seconds.  There didn’t seem to be much in between these two extremes of skating! 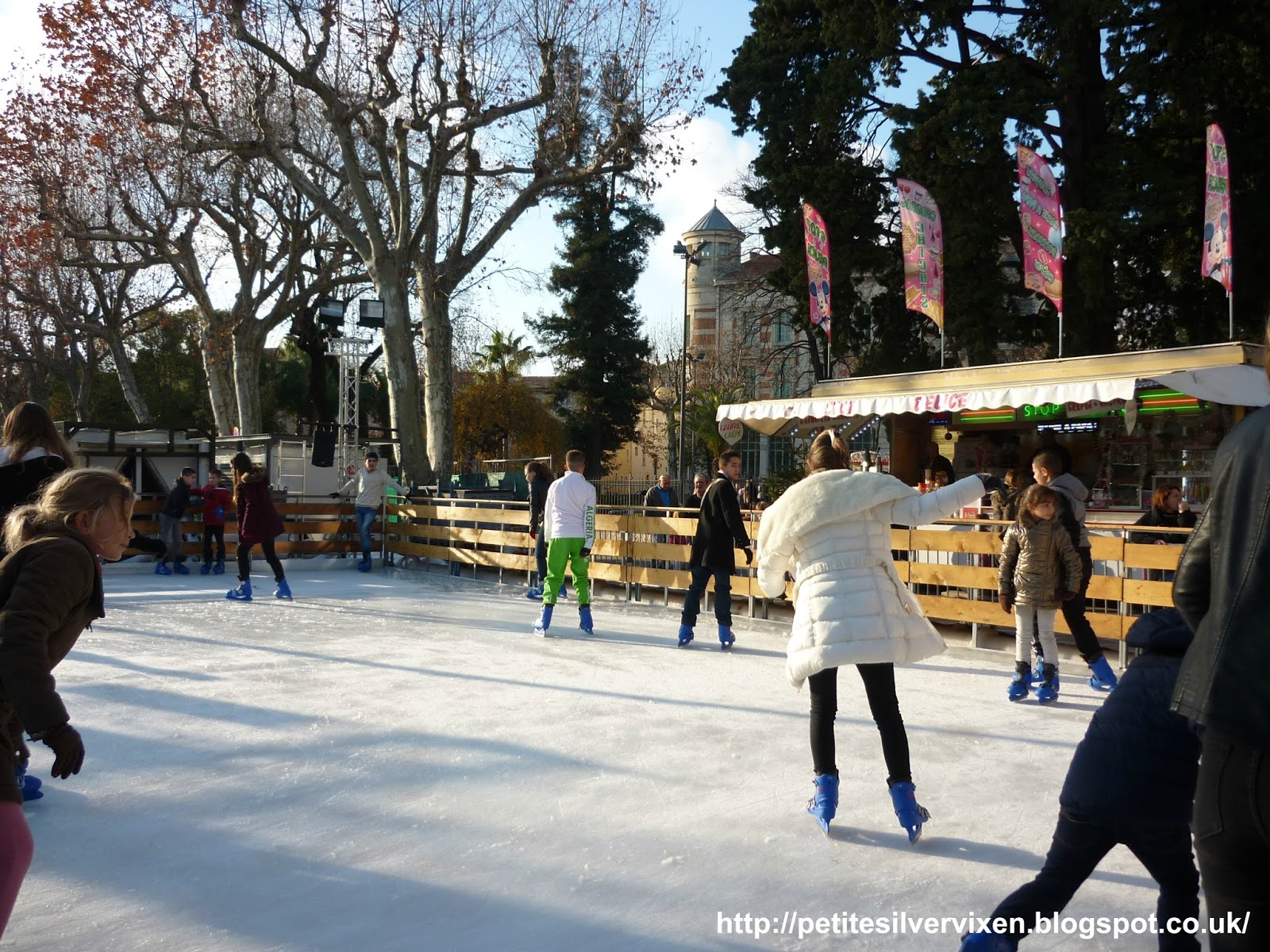 More decorations outside the shops.

A rather chic looking polar bear with matching hat and scarf. 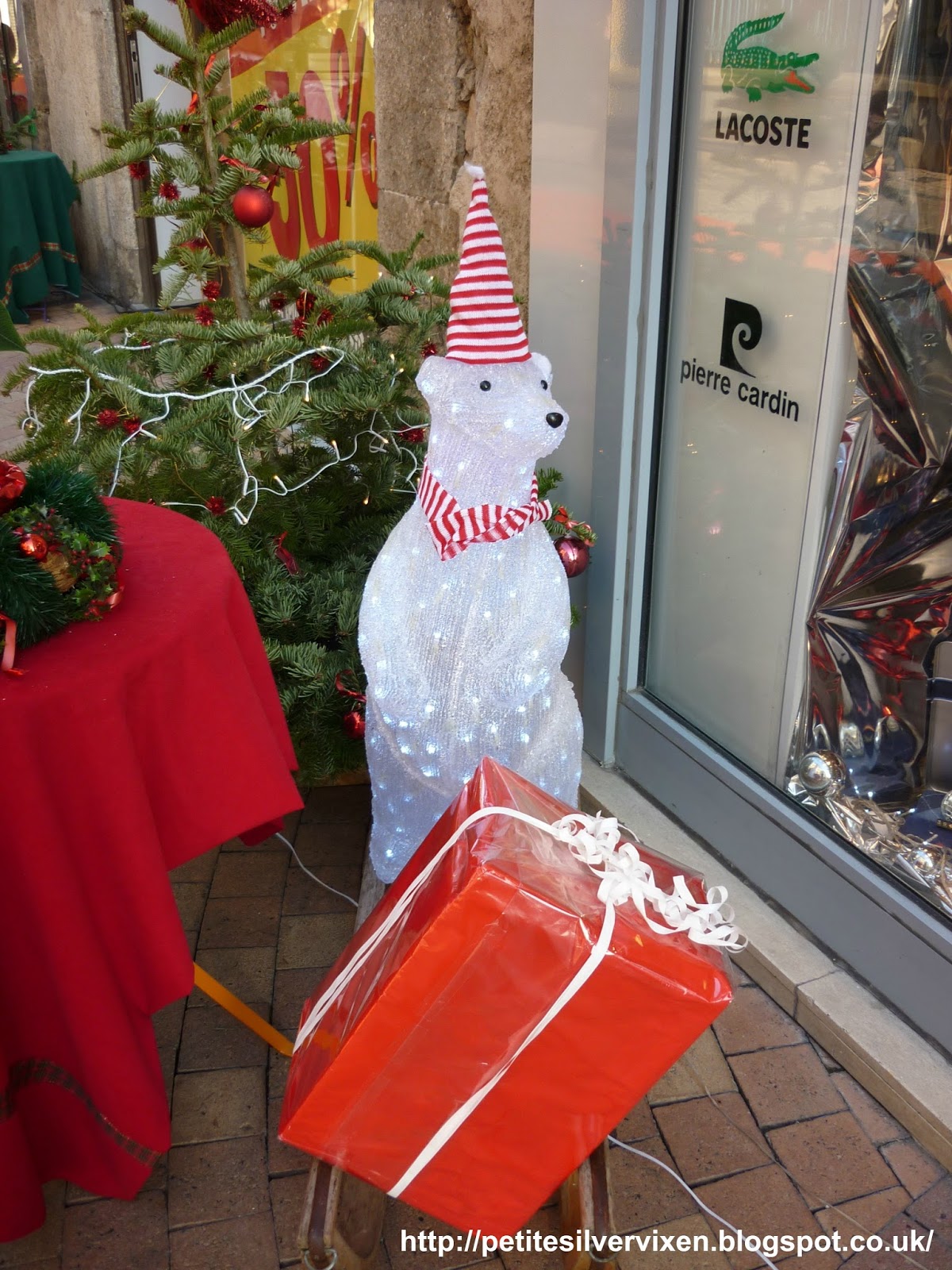 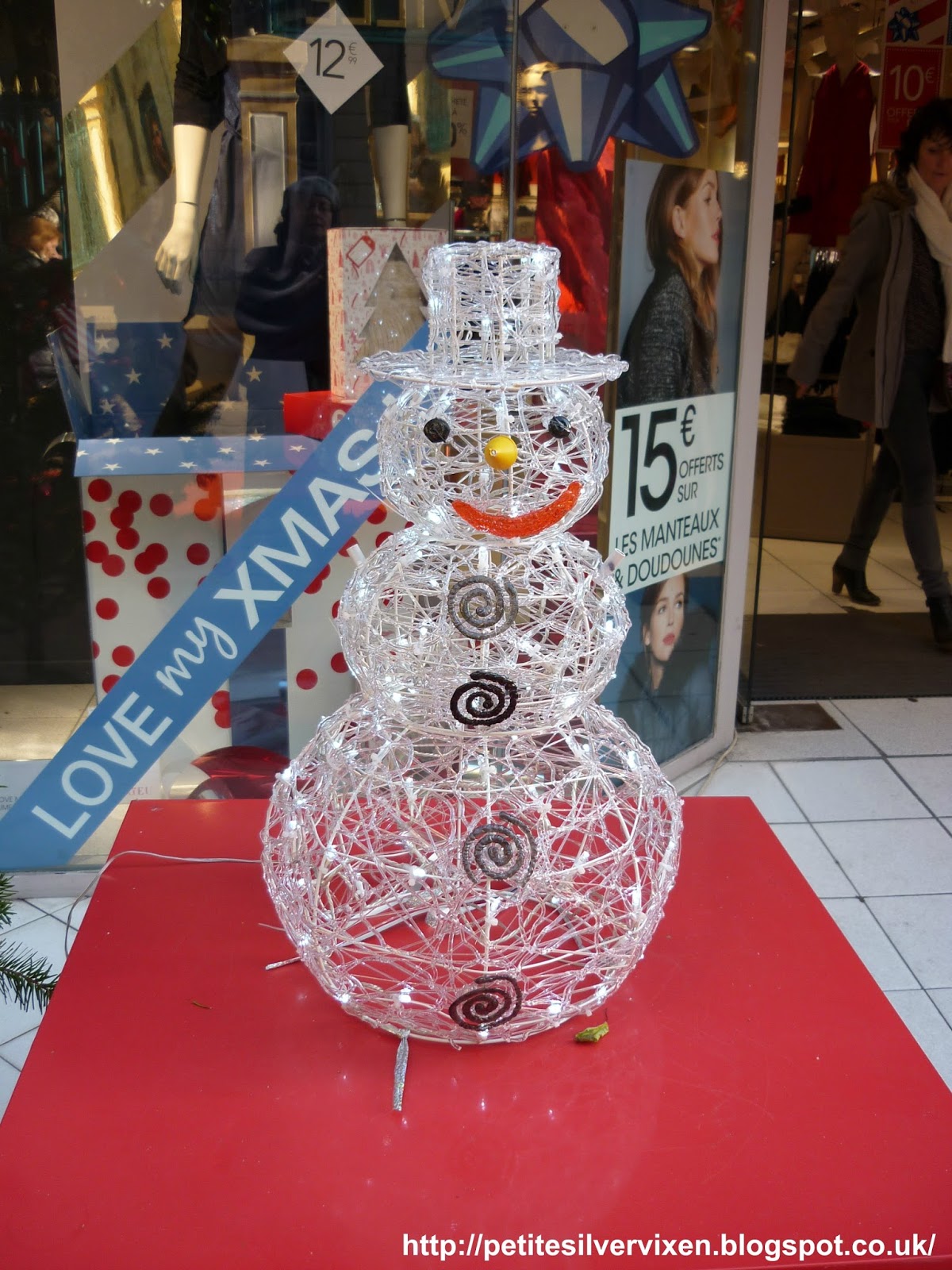 And decorations hanging from balconies. 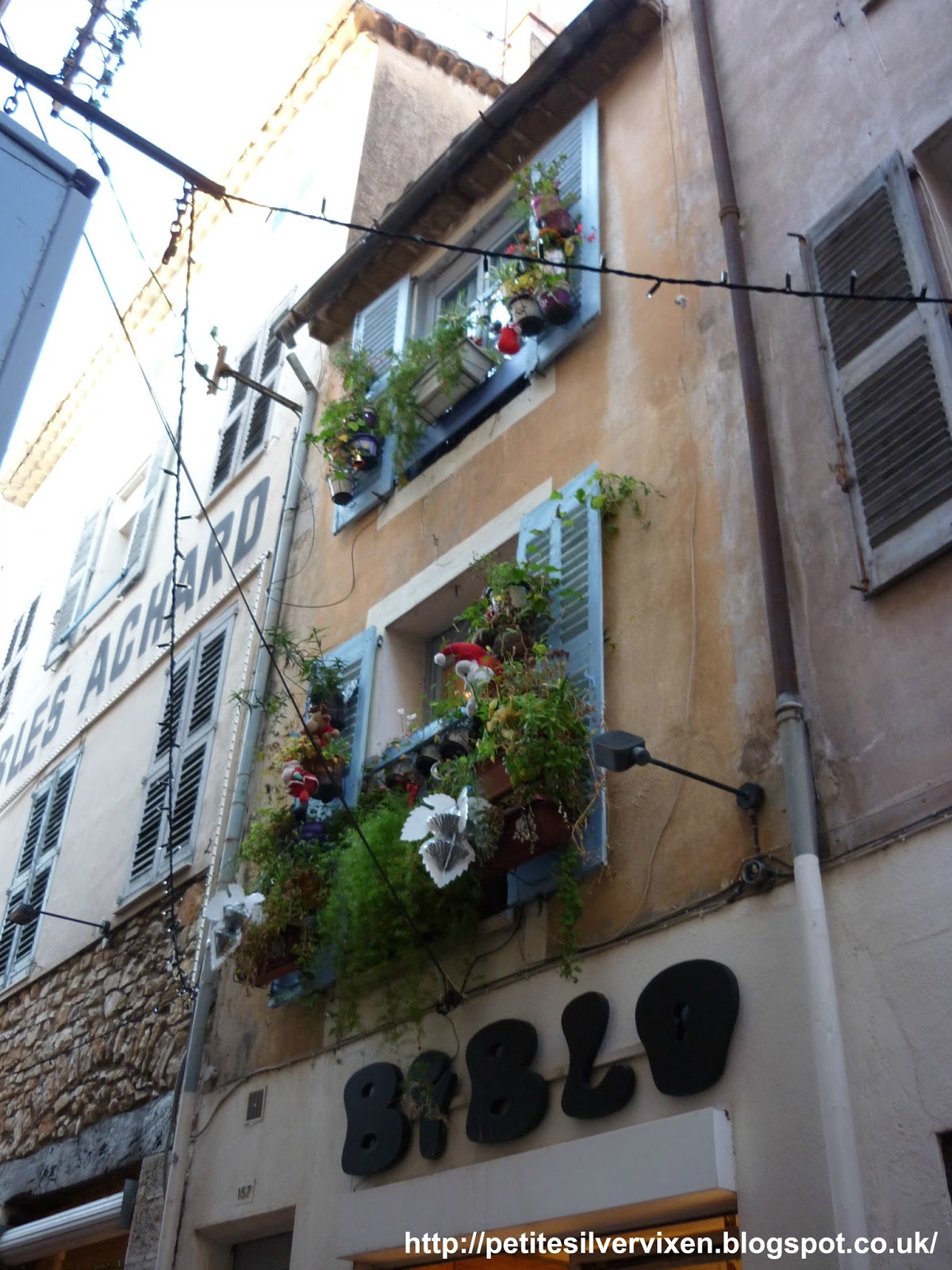 Hope you enjoyed my petite tour of the local decorations.

I’ll be back after Christmas with more style posts.

In the meantime, I wish my readers and fellow bloggers 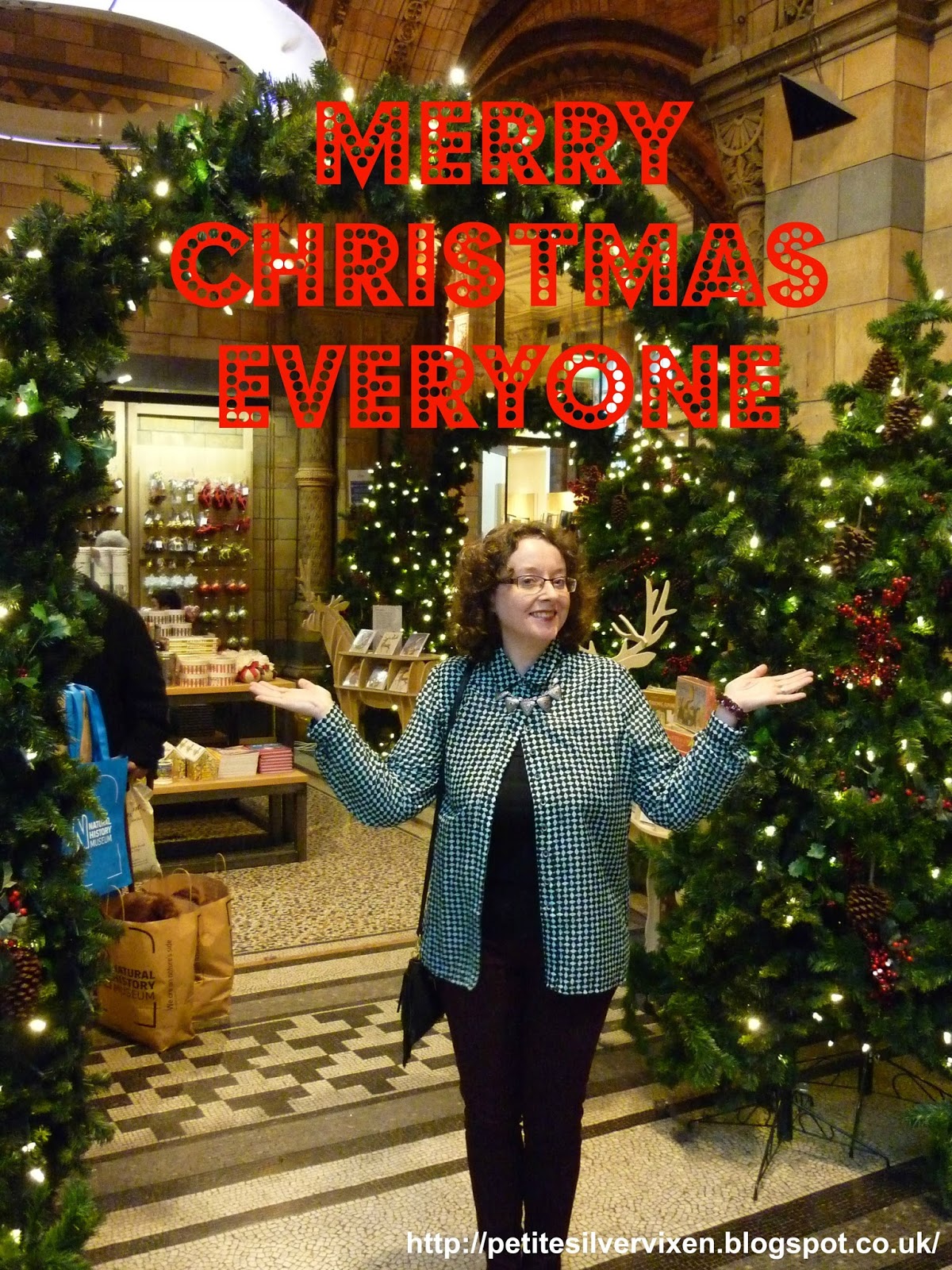